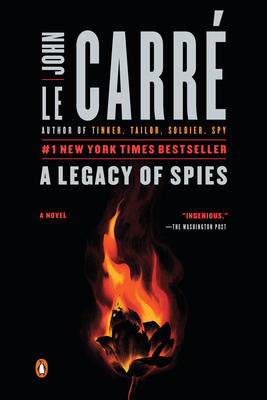 September: A Legacy of Spies by John Le Carre

The undisputed master returns with a riveting new book—his first Smiley novel in more than twenty-five years
Peter Guillam, staunch colleague and disciple of George Smiley of the British Secret Service, otherwise known as the Circus, is living out his old age on the family farmstead on the south coast of Brittany when a letter from his old service summons him to London. The reason? His Cold War past has come back to claim him. Intelligence operations that were once the toast of secret London, and involved such characters as Alec Leamas, Jim Prideaux, George Smiley and Peter Guillam himself, are to be scrutinized by a generation with no memory of the Cold War and no patience for its justifications.

Interweaving past and present so that each tells its own intense story, John le Carré has spun a single plot as ingenious and thrilling as the two predecessors on which it looks back: The Spy Who Came in from the Cold and Tinker, Tailor, Soldier, Spy. In a story resonating with tension, humor and moral ambivalence, le Carré and his narrator Peter Guillam present the reader with a legacy of unforgettable characters, old and new. 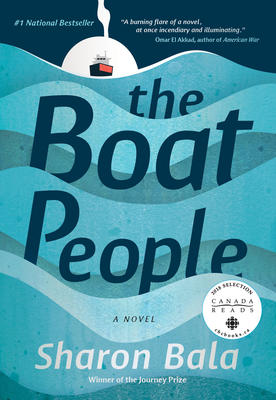 By the winner of The Journey Prize, and inspired by a real incident, The Boat People is a gripping and morally complex novel about a group of refugees who survive a perilous ocean voyage to reach Canada – only to face the threat of deportation and accusations of terrorism in their new land.

When the rusty cargo ship carrying Mahindan and five hundred fellow refugees reaches the shores of British Columbia, the young father is overcome with relief: he and his six-year-old son can finally put Sri Lanka’s bloody civil war behind them and begin new lives. Instead, the group is thrown into prison, with government officials and news headlines speculating that hidden among the “boat people” are members of a terrorist militia. As suspicion swirls and interrogation mounts, Mahindan fears the desperate actions he took to survive and escape Sri Lanka now jeopardize his and his son’s chances for asylum.

Told through the alternating perspectives of Mahindan; his lawyer Priya, who reluctantly represents the migrants; and Grace, a third-generation Japanese-Canadian adjudicator who must decide Mahindan’s fate, The Boat People is a high-stakes novel that offers a deeply compassionate lens through which to view the current refugee crisis. Inspired by real events, with vivid scenes that move between the eerie beauty of northern Sri Lanka and combative refugee hearings in Vancouver, where life and death decisions are made, Sharon Bala’s stunning debut is an unforgettable and necessary story for our times. 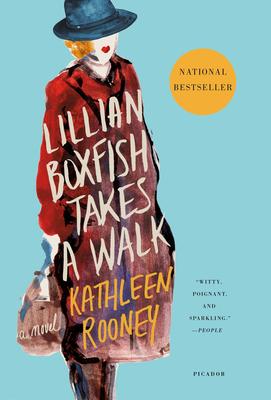 “In my reckless and undiscouraged youth,” Lillian Boxfish writes, “I worked in a walnut-paneled office thirteen floors above West Thirty-Fifth Street…”

She took 1930s New York by storm, working her way up writing copy for R.H. Macy’s to become the highest paid advertising woman in the country. It was a job that, she says, “in some ways saved my life, and in other ways ruined it.”

Now it’s the last night of 1984 and Lillian, 85 years old but just as sharp and savvy as ever, is on her way to a party. It’s chilly enough out for her mink coat and Manhattan is grittier now—her son keeps warning her about a subway vigilante on the prowl—but the quick-tongued poetess has never been one to scare easily. On a walk that takes her over 10 miles around the city, she meets bartenders, bodega clerks, security guards, criminals, children, parents, and parents-to-be, while reviewing a life of excitement and adversity, passion and heartbreak, illuminating all the ways New York has changed—and has not.

A love letter to city life in all its guts and grandeur, Lillian Boxfish Takes a Walk by Kathleen Rooney paints a portrait of a remarkable woman across the canvas of a changing America: from the Jazz Age to the onset of the AIDS epidemic; the Great Depression to the birth of hip-hop.

Lillian figures she might as well take her time. For now, after all, the night is still young.