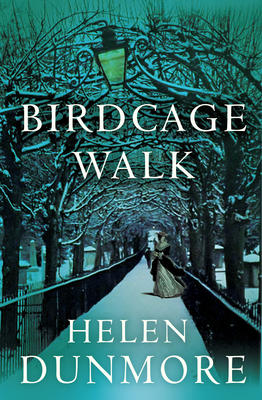 This is another novel by Helen Dunmore, the American writer who has become famous for some fifteen books in which she uses huge canvases of actual history as backdrops to up-close human tragedies. Birdcage Walk is not only her latest book, it is also her last. Dunmore died in the spring of 2017.

Birdcage Walk takes place as the French Revolution is boiling up. It is set, however, in the UK, in the town of Bristol. Here, as elsewhere, England is at the height of the Romantic era and British radicalism. A young bride, Lizzie Fawkes, has grown up in radical circles where each step of the French Revolution is followed with eager idealism. She is married to John Diner Tredevant, however, who is a property developer and heavily invested in Bristol’s property boom. He is looking for money to finance a particularly fine terrace overlooking the city’s two-hundred-foot drop of the Gorge. As the Revolution in France sharpens, the investors are dropping away. John is angry that his wife continues to express her radical views and does not put his business interests first.

This is the story of a marriage and how it struggles to survive against forces far away that it can’t control. Dunmore is highly praised for writing that is both elegant and revealing.