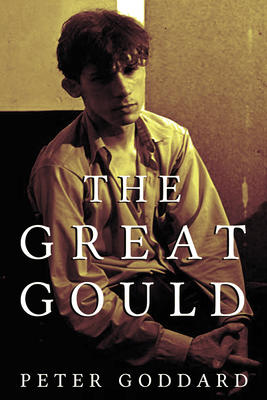 There have been many books written on Glenn Gould but this one, by the music critic of The Toronto Star and author of a number of musical biographies, brings new light to this complicated genius.

Born in the northern edge of the Beaches neighbourhood in downtown Toronto, Gould happened to live next door to the leading print journalist, Robert Fulford. Fulford watched Gould’s talent bursting forth but also noted the relentless pressure from his mother. Fulford and Gould formed the New Music Associates, a concert series that didn’t last long, unlike Gould’s piano-playing career which took off and had Gould playing in Russia in 1957, all over Europe in 1958 and in a U.S. TV debut in 1960 with the New York Philharmonic under Leonard Bernstein.

In 1955 Gould made his first recording of Bach’s Goldberg Variations and this has become one of the greatest recordings in music history. While Gould’s musical career was flourishing, his personal life was not. He lived at home into his thirties, had few friends and one short-lived love affair with a married woman. Goddard notes his loneliness, and difficulty in making and keeping friends. He had many eccentricities in playing, and insisted on using a particular chair with cut-off legs. By 1964 he gave his last public performance in Los Angeles and from then on made recordings only.

They are famous recordings, however. A recent BBC documentary on Gould suggests he may have suffered from Asperger syndrome, or autistic spectrum disorder. This would explain his need to have control of things as well as his intense concentration on what he was doing. Gould died aged 50. He has left the rest of us a wonderful musical legacy.