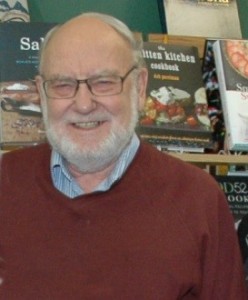 There was a wonderful service for Peter Dawson several weeks ago and all the wonderful comments about Peter from friends and supporters of Books on Beechwood were very much appreciated. We shall certainly miss Peter’s guidance and humour at the bookstore.

As Peter would have wished, Books on Beechwood will carry on the tradition of serving the nearby communities of New Edinburgh, Vanier, Lindenlea, Rockcliffe, Manor Park and Sandy Hill as well customers from further afield, both inside and outside of Ottawa. We thank you for your ongoing support and we hope to be serving book-lovers as an independent bookstore for book-lovers for many years to come! 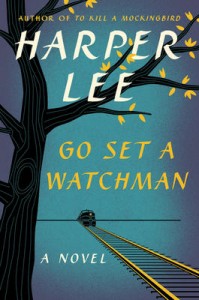 The exciting release of Harper Lee’s book Go Set a Watchman is set for 14 July 2015.  This book was written by Harper Lee before she wrote To Kill a Mockingbird and it has been described as its ‘parent’ or ‘sister’ book:

“Go Set a Watchman features many of the characters from To Kill a Mockingbird some twenty years later. Returning home to Maycomb to visit her father, Jean Louise Finch—Scout—struggles with issues both personal and political, involving Atticus, society, and the small Alabama town that shaped her.

Exploring how the characters from To Kill a Mockingbird are adjusting to the turbulent events transforming mid-1950s America, Go Set a Watchman casts a fascinating new light on Harper Lee’s enduring classic. Moving, funny and compelling, it stands as a magnificent novel in its own right.”

You can pre-order Go Set a Watchman before its release date by calling Books on Beechwood or by dropping in at the bookstore. 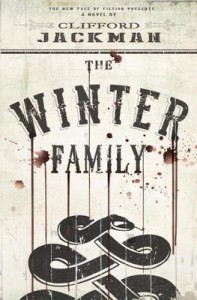 “… The Winter Family is a hyperkinetic Western noir and a full-on assault to the senses.

From the 1860s to the 1880s, the outlaws known as the Winter Family roam the harsh frontier, both serving and battling the fierce advance of civilization. With its haunting, hard-edged style, The Winter Family is a feverishly paced meditation on human nature, violence and the deep contradictions of progress.”

Clifford Jackman was born in Deep River and raised in Ottawa. He is currently practising law in Richmond Hill, Ontario.

The 10 best-selling books at Books on Beechwood for June 2015 were:

Now that summer has (really!) arrived, come in and check out all the great new summer reads at the bookstore!

—Brian, George and the staff at Books on Beechwood