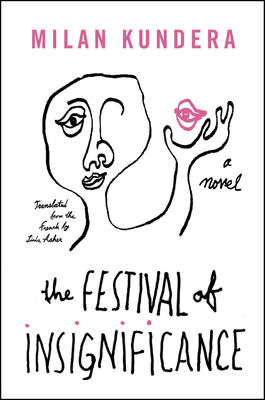 The Franco-Czech novelist, Milan Kundera, has long been loved for his sly, witty books on modern life, some of the best-known being: The Book of Laughter and Forgetting,  Ignorance,  and The Unbearable Lightness of Being. It’s 15 years since his last book and critics suggest this may well be his final summing up.

The new book is the story of the friendship between four men living in Paris.  They are an odd collection: Ramon is in his 60’s and retired from teaching in a university; Charles is in his 40’s and caters for parties; Caliban is an actor looking for work; Alain is younger and still trying to reach his mother, who abandoned him in childhood. The women are mostly absent and pretty unappealing. But for the men, their friendship is sacred and Kundera, a famous ironist, is completely sincere when he writes about this.

There are a couple of heavy dream sequences but on the whole the book is short, without the eroticism of Kundera’s earlier novels but rather a look at a bruised male unease. The point is really summed up by Ramon’s hymn to insignificance, the world that is just itself  “in all its obviousness, all its innocence, in all its beauty.”