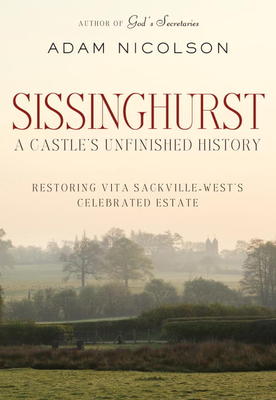 This is a romantic story of a famous castle in England. It is also a thoughtful assessment of how Sissinghurst Castle could be brought back to the life it once enjoyed as a big farm with cattle and sheep, orchards and crops, as well as the legendary White Garden planted by the author’s notable grandmother, Vita Sackville-West.

Unlike beloved cottages in Canada which may go back a few generations in places like the Laurentians or Muskoka (or farther in Quebec) a British property like Sissinghurst can be traced back hundreds of years. Adam Nicolson and his family have recently moved into this estate. He has written a number of books on history, travel and the environment already but this particular spot has stolen his heart because both his father and grandfather had lived here. As a boy growing up, he met and was aware of many of the Bloomsbury artists who were close friends of Vita Sackville-West and Harold Nicolson, and the book is full of tantalizing glimpses of their exotic adventures.

But it is the actual land itself that captivates this writer and he has gone to considerable length to fill this account with maps and photos of the beauty in the Weald of Kent that makes Sissinghurst so special. It was once a medieval manor and a great sixteenth-century house complete with towers and moats which fell into disrepair when it became an eighteenth-century prison during the Seven Years War. Adam Nicolson is passionate about reconnecting the garden, farm and land. Reading this book you can only wish him good luck and feel sympathy for his quite inspiring mission.