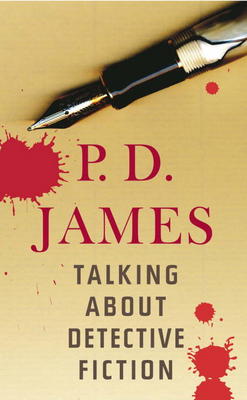 If anyone is well-equipped to tell the story of detective fiction it must be P.D.James, herself a leading figure in this popular genre.

Her new book “Talking about Detective Fiction” is a delight in many ways. James takes the historical perspective to show how writers like Dickens enriched his own story-telling with elements of mystery in a book like “Bleak House”. In the U.S., writer Wilkie Collins does the same thing in “The Woman in White”.

In England in the l930’s women writers like Dorothy Sayers wrote about an age of anxiety, before the welfare state was introduced and with growing threat from fascist dictators abroad. While the British writers tried to bring order out of disaster and wrote about tranquil village life, in the U.S. writers like Dashiell Hammett and Raymond Chandler were showing the social upheavals of the same period when prohibition, gangsters, boom and depression were in full swing. “The Maltese Falcon” came out of this, as well as Chandler’s detective, Philip Marlowe.

Much of the pleasure in reading James’ book comes from finding your own favorite detectives, and remembering books you loved. She has a special place for the “breaker of all the rules”, Agatha Christie.

James herself must have broken most of the rules with twenty books to her credit – many of them made into films, or broadcast on television. In 2000 she celebrated her 80th birthday and now lives in London, as Baroness James of Holland Park , where she was inducted into the International Crime Writing Hall of Fame in 2008.