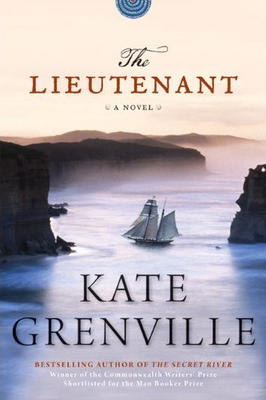 Kate Grenville knows and loves her country, Australia. Her new novel, “The Lieutenant”, is set in New South Wales and the story brings that part of the world brilliantly to life. Even 200 years ago.

A young British lieutenant sails in l787 with the British fleet and its cargo of convicts to Botany Bay. This officer is an astronomer – and a shy one. He sets up his observatory on a distant promotory and spends hours watching the heavens, and learning the new country.

The aboriginal people, who have turned down all overtures from the British Governor, gradually get to know and trust this junior officer. What develops is based on a true story and Grenville writes it with great imagination and compassion. One reviewer notes: “for once appreciation, sympathy and admiration for the aboriginal culture get the better of impotent guilt. ”

Kate Grenville lives in Sydney, Australia, with her family. She has written seven novels, as well as four books on the craft of writing. Many of them have won prizes. “The Lieutenant” is bound to join them.