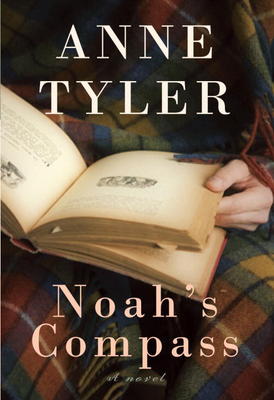 Anne Tyler writes about “ordinary people” in such a way that we can all relate to them. Or perhaps noone really feels ordinary, and neither do they.

“Noah’s Compass” is the story of a school teacher, Liam Pennywell, who had to retire early when his fifth grade class merged out of existence. At 6l, he pretends to be glad of his freedom. In actual fact he hits a nasty break-in in his new apartment. This in turn starts him on a life he didn’t expect.

Tyler is skilful and convincing in introducing the children from his two marriages, as well as his second (divorced) wife, sister and aged parents. Far from being left alone to read his beloved philosophy (the course he had wanted to teach) he is besieged with live-in family members, requests for drives, baby-sitting, etc.

The book uncovers stifled affection and old loyalties. As the blurb says, there may be a little of Liam in each of us. He is certainly a recognizable and likeable character.

This is Anne Tyler’s eighteenth novel. She won the Pulitzer Prize in l988. She lives in Baltimore, Maryland.