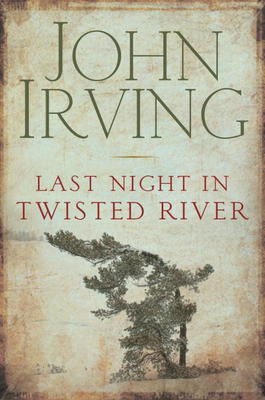 John Irving’s new novel begins with the death of a young Canadian on the big log-driving river, the Androscoggin, in New Hampshire. It takes its violent story for 50 years, moving from New Hampshire to Boston, to south Vermont, to Toronto. Irving sees this period as a massive change in America’s way of life.

Logging is not the only industry that is dying. The country is seen as moving into a post-imperial status, and away from its cherished “manifest destiny”.

The Manchester Guardian notes that in this book, Irving brings up a lot of the stories in his earlier books. The Guardian calls this “a playful novel, toying with the stock elements of the rugged American literary tradition associated with the frontier spirit.”

All readers of John Irving will recognize the powerful story-line that races through generations and locales. Irving believes it’s an accidental world and we should beware anticipations of who we are.

This is Irving’s twelfth novel. He has won the National Book Award for “The World according to Garp”, as well as the Oscar for Best Adapted Screenplay for “The Cider House Rules “- a film with seven Academy Award nominations.