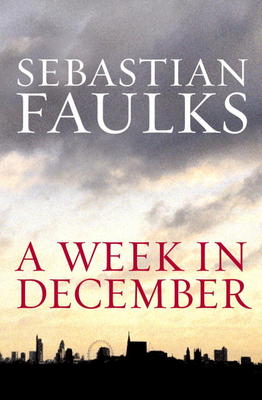 This is an appropriate book for right now.

The novel “A Week in December” tells the stories of seven people living in London, U.K.. Among them are a hedge-fund manager, poised to bring off the biggest trade of his career, a student who has been brain-washed by Islamist theory, a schoolboy hooked on drugs, and a Circle Line train driver,who joins them all together in a daily loop.

Faulks is a daring story-teller and writes with great skill about the self-deception and greed of these people. He brings in their loves and hopes as well, however, so that we are drawn in to the way the electronic age fragments modern life and end up thoroughly involved in what is going to happen to them. The conclusions are convincingly upbeat.

Faulks lives in London and knows it intimately. He is well-known for earlier novels, such as “The Girl at the Lion d’Or,” “Birdsong” and “Charlotte Gray”. This book is a fine yarn for the Christmas season, or any other season.