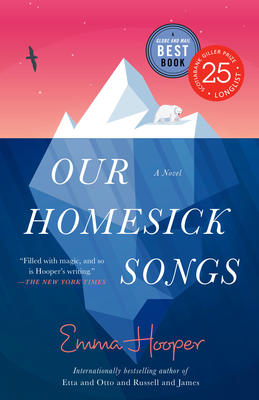 LONGLISTED FOR THE SCOTIABANK GILLER PRIZE
From Emma Hooper, acclaimed author of Etta and Otto and Russell and James, a People magazine “Pick of the Week,” comes a “haunting fable about the transformative power of hope” (Booklist, starred review) in a charming and mystical story of a family on the edge of extinction.

Newfoundland, 1992. When all the fish vanish from the waters and the cod industry abruptly collapses, it’s not long before the people begin to disappear from the town of Big Running as well. As residents are forced to leave the island in search of work, ten-year-old Finn Connor suddenly finds himself living in a ghost town. There’s no school, no friends, and whole rows of houses stand abandoned. And then Finn’s parents announce that they too must separate if their family is to survive.
But Finn still has his sister, Cora, with whom he counts the dwindling boats on the coast at night, and Mrs. Callaghan, who teaches him the strange and ancient melodies of their native Ireland. That is until his sister disappears, and Finn must find a way of calling home the family and the life he has lost. 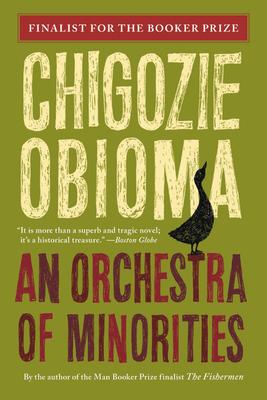 February: An Orchestra of Minorities by Chigozie Obioma

The “superb and tragic” Booker Prize finalist about a Nigerian poultry farmer who sacrifices everything to win the woman he loves, by the author of The Fishermen (Boston Globe)

Set on the outskirts of Umuahia, Nigeria and narrated by a chi, or guardian spirit, AN ORCHESTRA OF MINORITIES tells the story of Chinonso, a young poultry farmer whose soul is ignited when he sees a woman attempting to jump from a highway bridge. Horrified by her recklessness, Chinonso joins her on the roadside and hurls two of his prized chickens into the water below to express the severity of such a fall. The woman, Ndali, is stopped her in her tracks.

Bonded by this night on the bridge, Chinonso and Ndali fall in love. But Ndali is from a wealthy family and struggles to imagine a future near a chicken coop. When her family objects to the union because he is uneducated, Chinonso sells most of his possessions to attend a college in Cyprus. But when he arrives he discovers there is no place at the school for him, and that he has been utterly duped by the young Nigerian who has made the arrangements.. Penniless, homeless, and furious at a world which continues to relegate him to the sidelines, Chinonso gets further away from his dream, from Ndali and the farm he called home.

Spanning continents, traversing the earth and cosmic spaces, and told by a narrator who has lived for hundreds of years, the novel is a contemporary twist of Homer’s Odyssey. Written in the mythic style of the Igbo literary tradition, Chigozie Obioma weaves a heart-wrenching epic about destiny and determination.

March: A Gentleman in Moscow by Amor Towles 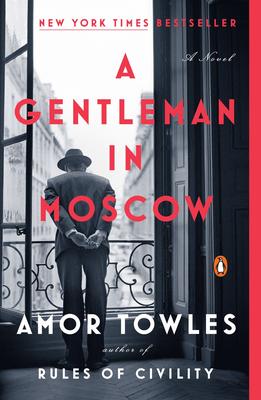 The mega-bestseller with more than 1.5 million readers that is soon to be a major television series
One of five Summer 2019 reading picks by Bill Gates
“The novel buzzes with the energy of numerous adventures, love affairs, [and] twists of fate.” —The Wall Street Journal

He can’t leave his hotel. You won’t want to.
From the New York Times bestselling author of Rules of Civility—a transporting novel about a man who is ordered to spend the rest of his life inside a luxury hotel.

In 1922, Count Alexander Rostov is deemed an unrepentant aristocrat by a Bolshevik tribunal, and is sentenced to house arrest in the Metropol, a grand hotel across the street from the Kremlin. Rostov, an indomitable man of erudition and wit, has never worked a day in his life, and must now live in an attic room while some of the most tumultuous decades in Russian history are unfolding outside the hotel’s doors. Unexpectedly, his reduced circumstances provide him entry into a much larger world of emotional discovery.

Brimming with humor, a glittering cast of characters, and one beautifully rendered scene after another, this singular novel casts a spell as it relates the count’s endeavor to gain a deeper understanding of what it means to be a man of purpose.