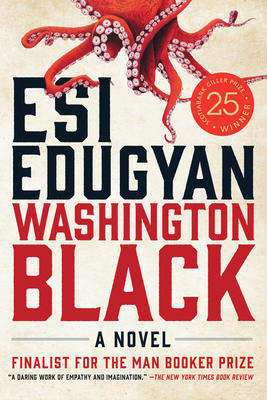 Winner of the 2018 Scotiabank Giller Prize
A dazzling, original novel of slavery and freedom, from the author of the international bestseller Half-Blood Blues

When two English brothers arrive at a Barbados sugar plantation, they bring with them a darkness beyond what the slaves have already known. Washington Black – an eleven year-old field slave – is horrified to find himself chosen to live in the quarters of one of these men. But the man is not as Washington expects him to be. His new master is the eccentric Christopher Wilde – naturalist, explorer, inventor and abolitionist – whose obsession to perfect a winged flying machine disturbs all who know him. Washington is initiated into a world of wonder: a world where the night sea is set alight with fields of jellyfish, where a simple cloth canopy can propel a man across the sky, where even a boy born in chains may embrace a life of dignity and meaning – and where two people, separated by an impossible divide, can begin to see each other as human.

But when a man is killed one fateful night, Washington is left to the mercy of his new masters. Christopher Wilde must choose between family ties and young Washington’s life. What follows is a flight along the eastern coast of America, as the men attempt to elude the bounty that has been placed on Washington’s head. Their journey opens them up to the extraordinary: to a dark encounter with a necropsicist, a scholar of the flesh; to a voyage aboard a vessel captained by a hunter of a different kind; to a glimpse through an unexpected portal into the Underground Railroad. This is a novel of fraught bonds and betrayal. What brings Wilde and Washington together ultimately tears them apart, leaving Washington to seek his true self in a world that denies his very existence.

From the blistering cane fields of Barbados to the icy plains of the Canadian Arctic, from the mud-drowned streets of London to the eerie deserts of Morocco, Washington Black teems with all the strangeness of life. This inventive, electrifying novel asks, What is Freedom? And can a life salvaged from the ashes ever be made whole? 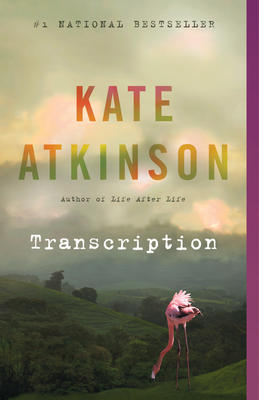 From the bestselling author of Life After Life, a new novel that explores the repercussions of one young woman’s espionage work during World War II.

In 1940, eighteen-year-old Juliet Armstrong is reluctantly recruited into the world of espionage. Sent to an obscure department of MI5 tasked with monitoring the comings and goings of British Fascist sympathizers, she discovers the work to be by turns tedious and terrifying. But after the war has ended, she presumes the events of those years have been relegated to the past forever.

Ten years later, now a radio producer at the BBC, Juliet is unexpectedly confronted by figures from her past. A different war is being fought now, on a different battleground, but Juliet finds herself once more under threat. A bill of reckoning is due, and she finally begins to realize that there is no action without consequence.

Transcription is a work of rare depth and texture, a bravura modern novel of extraordinary power, wit, and empathy. It is a triumphant work of fiction from one of the best writers of our time. 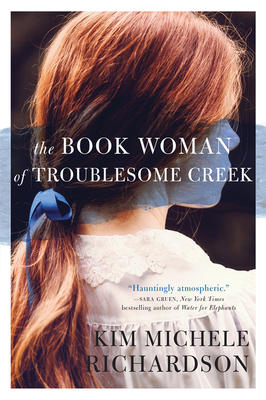 In 1936, Bluet is the last of the Kentucky Blues. In the dusty Appalachian hills of Troublesome Creek, nineteen and blue-skinned, Bluet has used up her last chance for “respectability” and a marriage bed. Instead, she joins the historical Pack Horse Library Project of Kentucky and becomes a librarian, riding up treacherous mountains on a mule to deliver books and other reading material to the poor hill communities of Eastern Kentucky.

Along her dangerous route, Bluet confronts many who are distrustful of her blue skin. Not everyone is so keen on Bluet’s family or the Library Project, and the impoverished Kentuckians are quick to blame a Blue for any trouble in their small town.

Inspired by the true and historical blue-skinned people of Kentucky and the dedicated Kentucky Pack Horse Library Project, The Book Woman of Troublesome Creek provides an authentic Appalachian voice to a story of hope, heartbreak and raw courage and shows one woman’s strength, despite it all, to push beyond the dark woods of Troublesome Creek.