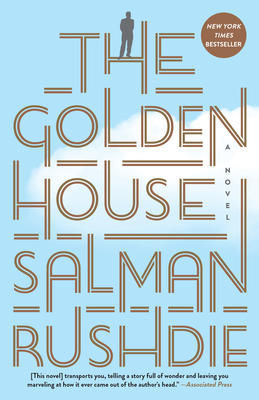 One of the truly great writers of the century reaches beyond the very top of his game in this uncannily timely knockout of a novel. In quality and compelling scope, this is Rushdie’s The Godfather meets The Great Gatsby–an unparalleled modern-day American thriller, with wonderful, moving characters and a grippingly entertaining story straight out of today’s headlines, set against the panorama of American culture and politics from the inauguration of Obama to post-election Trump.

When powerful real-estate tycoon Nero Golden immigrates to the States under mysterious circumstances, he and his three adult children assume new identities, reinventing themselves as emperors living in a lavish house in downtown Manhattan. Arriving shortly after the inauguration of Barack Obama, he and his sons, each extraordinary in his own right, quickly establish themselves at the apex of New York society, even as Nero Golden continues to raise huge buildings carrying his name in gold letters.
The story of the powerful Golden family is told from the point of view of their Manhattanite neighbour and confidant, René, an aspiring filmmaker who finds in the Goldens the perfect subject. René chronicles the undoing of the house of Golden: the high life of money, of art and fashion, a sibling quarrel, an unexpected metamorphosis, the arrival of a beautiful former model, betrayal and murder, and far away, in their abandoned homeland, some decent intelligence work that could ruin Nero Golden forever.
Invoking literature, pop culture and the cinema, Rushdie spins the story of the American zeitgeist over the last eight years, hitting every beat: the rise of the birther movement, the Tea Party, and identity politics; Gamergate; the backlash against political correctness; the ascendancy of Superman and Batwoman and the superhero movie; and, of course, the insurgence of a ruthlessly ambitious, narcissistic villain with painted skin and coloured hair. 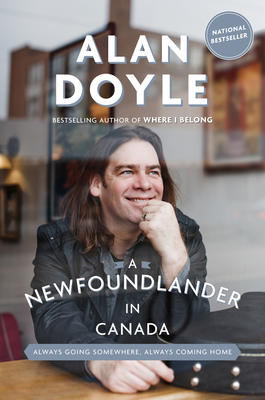 February: A Newfoundlander in Canada by Alan Doyle

Following the fantastic success of his bestselling memoir, Where I Belong, Great Big Sea front man Alan Doyle returns with a hilarious, heartwarming account of leaving Newfoundland and discovering Canada for the first time.

Armed with the same personable, candid style found in his first book, Alan Doyle turns his perspective outward from Petty Harbour toward mainland Canada, reflecting on what it was like to venture away from the comforts of home and the familiarity of the island.
Often in a van, sometimes in a bus, occasionally in a car with broken wipers “using Bob’s belt and a rope found by Paddy’s Pond” to pull them back and forth, Alan and his bandmates charted new territory, and he constantly measured what he saw of the vast country against what his forefathers once called the Daemon Canada. In a period punctuated by triumphant leaps forward for the band, deflating steps backward and everything in between–opening for Barney the Dinosaur at an outdoor music festival, being propositioned at a gas station mail-order bride service in Alberta, drinking moonshine with an elderly church-goer on a Sunday morning in PEI–Alan’s few established notions about Canada were often debunked and his own identity as a Newfoundlander was constantly challenged. Touring the country, he also discovered how others view Newfoundlanders and how skewed these images can sometimes be.
Heartfelt, funny and always insightful, these stories tap into the complexities of community and Canadianness, forming the portrait of a young man from a tiny fishing village trying to define and hold on to his sense of home while navigating a vast and diverse and wonder-filled country. 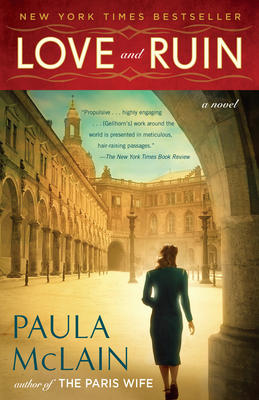 The bestselling author of The Paris Wife returns to the subject of Ernest Hemingway in a novel about his passionate, stormy marriage to Martha Gellhorn—a fiercely independent, ambitious young woman who would become one of the greatest war correspondents of the twentieth century.

In 1937, twenty-eight-year-old Martha Gellhorn travels alone to Madrid to report on the atrocities of the Spanish Civil War and becomes drawn to the stories of ordinary people caught in the devastating conflict. It’s the adventure she’s been looking for and her chance to prove herself a worthy journalist in a field dominated by men. But she also finds herself unexpectedly—and uncontrollably—falling in love with Hemingway, a man on his way to becoming a legend.

In the shadow of the impending Second World War, and set against the turbulent backdrops of Madrid and Cuba, Martha and Ernest’s relationship and their professional careers ignite. But when Ernest publishes the biggest literary success of his career, For Whom the Bell Tolls, they are no longer equals, and Martha must make a choice: surrender to the confining demands of being a famous man’s wife or risk losing Ernest by forging a path as her own woman and writer. It is a dilemma that could force her to break his heart, and hers.

Heralded by Ann Patchett as “the new star of historical fiction,” Paula McLain brings Gellhorn’s story richly to life and captures her as a heroine for the ages: a woman who will risk absolutely everything to find her own voice.