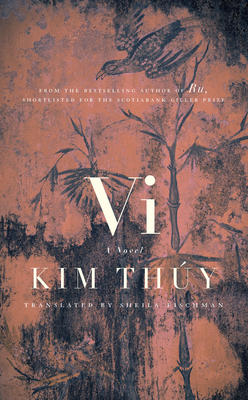 The author of this new book, entitled Vi, was born in Saigon in 1968, and left Vietnam with the boat people at the age of ten to settle with her family in Quebec.

She has done a great many successful things, including studying and practicing law, as well as working as an interpreter, restaurant owner, and commentator on radio and television. She has published an earlier book, Ru, which was shortlisted for the Scotiabank Giller Prize.

In Vi she uses her own experience to describe the life of four children of which Vi is the youngest, and the only daughter. They escape the Vietnam war, but her father, who was rich and spoiled, stayed behind, leaving the family to make a new life for themselves in Canada. Vi turns out to have a lot of courage. Apart from life in Montreal, she headed to Boston, and later was present at the fall of the Berlin Wall. This book gives an intriguing picture of one woman’s enterprise and shows us again what those Vietnamese people had to go through.