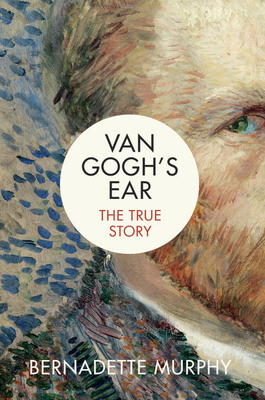 This is a book on Vincent Van Gogh, with a new look at the troubled artist.

Bernadette Murphy is an English writer who went to live with an older brother in Provence, France, thirty years ago. She had already researched her own family tree and while in France became interested in the story of Vincent Van Gogh. She gets to know the ancient city of Arles where he lived from February, 1888 to May, 1889.

Van Gogh was born in Holland, in 1853, to the Reverend Theodorus Van Gogh and his wife Anna Cornelia, one of seven children. As a youngster his contemporaries describe him as peevish, intense, and quick to anger. The mental problems continued, and were not treated in those days. He tried church work, following his father, and had great care and kindness toward those in difficulty, something he kept all his life. He was not accepted by the church, however, and started painting, encouraged by his brother Theo who was an art dealer and devoted to his brother all his life, as we know from his letters.

Vincent moved to Arles and set himself up in what would become famous as The Yellow House, and set out to paint full time. At one point the painter Paul Gauguin came to live with him. He was lonely, however, and one day in deep distress, cut off his ear and gave it to a prostitute who lived in a nearby brothel. Murphy does a thorough job of investigating this whole incident, from reports by the police officer to documents from Gauguin, Theo, and others. We are left with the marvelous illustrations in this book and the record of a mentally disturbed artist who didn’t sell a single painting in his lifetime but left so much beauty to the rest of us.