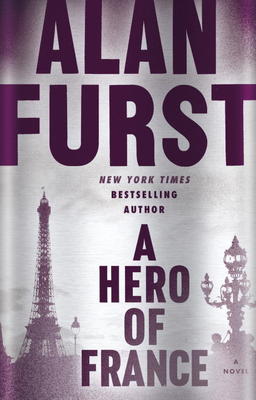 It is the spring of 1941 and although the British raids over Germany had intensified, there was general concern that the British were losing the war.

Some of the aircraft were badly damaged on the way home and came down in the Occupied Zone of France. Here they were hidden by small groups of French men and women who helped the pilots get home to England, where they were badly needed to fly again. This was the beginning of what came to be known as the French Resistance and this new book by the renowned spy novelist, Alan Furst, gives a thrilling account of what this Resistance was able to do.

The hero goes by the name of Mathieu. He works out of Paris which is occupied by the Nazis, and heavily shuttered by night with the streetlamps painted blue and windows shuttered in a heavy blackout. Mathieu and his network also work from neighbouring farmhouses, barns and churches.

The story is thrilling and the relationships very real and touching, heightened by the constant fear of discovery. A Hero of France joins the list of Alan Furst’s legendary thrillers, many of which, such as Midnight in Europe and Mission to Paris, were bestsellers. Furst was born in New York, lived for many years in Paris and now lives on Long Island.