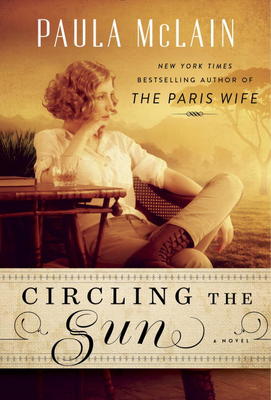 Paula McLain made her name as a writer of historical fiction with her earlier book, The Paris Wife, which became a huge best-seller.

In this new one, she continues her sharp, sympathetic writing, this time in the early days of British colonial Kenya. She concentrates on the daughter of a couple who left England in 1904 to set up a farming estate in the British African Protectorate. The father was an experienced horseman and planned to train horses for racing. The mother very soon found the life too grim and returned to England with her son, abandoning her young daughter, Beryl.

This girl grew up with her father and a native tribe who lived on the estate. She was independent and fearless, to a degree, and very soon discovered she too had the ability to ride and train horses, which she did to the amazement of the British colony.

She broke all the rules socially, with a disastrous marriage and a love affair in a triangle involving the famous writer, Isak Dinesen who wrote the classic memoir Out of Africa. McLain’s book is filled with descriptions of the beauty of Kenya as a backdrop to the decadent set of expats who had come to enjoy it but broke all social rules while doing so. Circling the Sun brings the 1920’s to life and reads at a suitably fast pace.