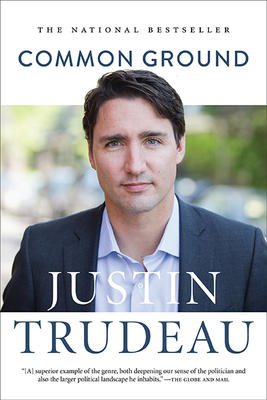 This book came out last year in hard cover;  this is the new paperback edition and very timely for the current election.

Justin Trudeau, leader of the Liberal party, gives a straight-forward account of his life, first as son of Prime Minister Pierre Trudeau, and now entering politics himself. He tells of living at 24 Sussex Drive, the sadness of his mother’s illness, many trips to British Columbia to visit his Sinclair relatives, and life in Montreal. He got his BA at McGill and a second degree in the Faculty of Education at UBC. He had decided to teach and worked at West Point Grey Academy in B.C. There was tragedy when his youngest brother Michel was drowned in 1998.

Back in Montreal, he met Sophie Gregoire, TV host, whom he would marry and start a family with great happiness. He also found himself turning to politics and describes the hard work involved in running as candidate for Papineau riding – which he won.

This is a good book to introduce Trudeau and his ideas to Canadian voters.  He believes strongly that our country is strong because of the diversity of people who live here. This, and economic achievement, should bring us together on common ground.