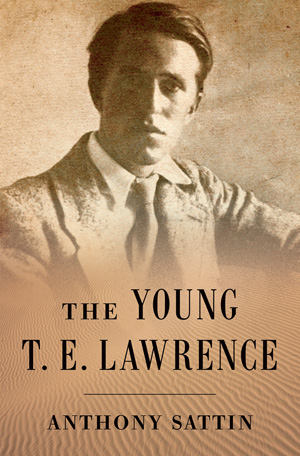 This is a well-written account of the man we all know as Lawrence of Arabia – but from a special point of view. The London award-winning journalist, Anthony Sattin, looks at Lawrence’s early life and what drove him to the Arab world.

He grew up in a household in Oxford, with four brothers and a dominating mother. He was a shy, introverted boy but loved all aspects of archaeology and was fascinated by the medieval world and loved the monuments of crusading knights. He worked with glass and pottery which he dug up from the streets of Oxford. He set out on a walking tour – by himself – through Syria, checking Crusader castles. In l909 he won a scholarship to study Crusader architecture in the Levant. When war came in l9l4 he wanted to raise Arab fighters and free Arab lands from Ottoman control. He wanted to see a Commonwealth of free peoples, an Arab Dominion initially under British sovereignty but ultimately independent.

Lawrence wrote his classic autobiography Seven Pillars of Wisdom and we learn of his disappointment when things didn’t turn out as he had hoped. This book is especially relevant today, given the state of affairs in the Near and Middle East.