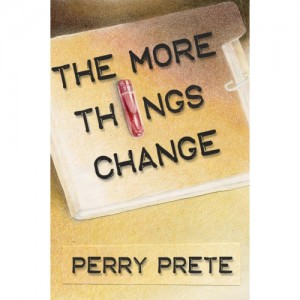 Come by the store on Saturday, January 17 to meet local author
Perry Prete. He will be here from 1:00 to 3:00pm signing copies of his new mystery novel, The More Things Change. There will also be copies of his previous mystery, All Good Things, available to sign and purchase.

Both mysteries are set in Ottawa and feature Ethan Tennant, an Ottawa Paramedic, who leads the reader through fascinating and mysterious events on the streets of Canada’s Capital.

From the jacket of All Good Things:

“In 2013, Ethan Tennant, a Paramedic for the City of Ottawa, discovers more than a body on Parliament Hill. He unwittingly unleashes a secret that began almost seventy years ago and still hasn’t been revealed. Some people want to keep what he found secret, others want the world to know. Certain secrets are never meant to be known.”

We look forward to seeing you at this great event!