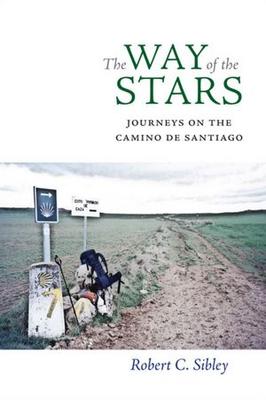 Readers will recognize Robert C. Sibley as the author of The Way of the 88 Temples, which came out in 2013 and tells the story of his pilgrimage around one of Japan’s four main islands.

In this book he takes us on an earlier pilgrimage he made along the famous Camino de Santiago. This crosses northern Spain and leads to Santiago de Campostelo on the coast. It crosses the Pyrenees, the green valleys of Navarre and Rioja, the plains of Castile and Leon and the alpine mountains of Galicia. It is a trip of five hundred miles and Sibley walked it in five weeks.

The result is an intriguing book, full of the people he met, the beauty of the countryside, unusual plants, unknown birds, lovely old towns with their cathedrals and long views. In spite of some difficult days of blisters and very sore leg muscles (which disappeared as he got  used to walking) he found it “one of the most satisfying travel experiences of [his] life.” He loved the periods of solitude which brought back memories he hadn’t thought of for decades. He was not seeking for a renewal of his religious beliefs but there were many times when the beauty and mystery of creation brought these back to him.

At the end he says the real gift of the Camino was to give him a place in his imagination he could return to and recreate a heightened awareness of the world – an awareness that disappears in our world of technology, rush, and consumerism.

Sibley is an award-winning Senior Writer at The Ottawa Citizen, and Adjunct Professor in political science at Carleton University.