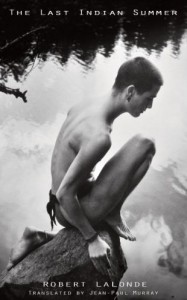 Robert Lalonde, along with his translator Jean-Paul Murray, and Patrick White will be here to sign their newest books, The Last Indian Summer and RedShift, respectively, on Sunday, February 16 from 1:00pm to 3:00pm.

From the jacket of The Last Indian Summer:

“Michel’s village is a prison where life is to be feared and betrayed, where duty and hypocrisy are the fashion. His Native friend Kanak will help him escape, introducing him to nature, freedom and forbidden games, teaching him to balance spiritual needs and natural desires. But Michel’s relationship with Kanak shocks the village because it involves an Indian. For his crime, the clan forbids Michel from seeing Kanak again and sentences him to confinement and solitude. 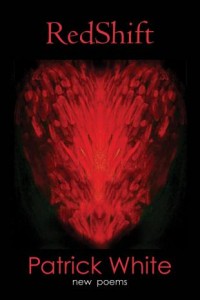 A post-colonial novel of protest, The Last Indian Summer is a bewitching and beautiful summer night’s dream, a hymn to passion, nature and freedom that condemns hypocrisy and intolerance.”

From the jacket of RedShift:

Patrick White is the former poet laureate of Ottawa. He has published eight books of poetry and his work has been translated into five languages and appears in hundreds of national and international periodicals and anthologies, including Poetry (Chicago), Dalhousie Review, Texas Quaterly, The Fiddlehead, and Georgia Review. Winner of the Archibald Lampman Award, Canadian Literature Award, Benny Nicholas Award for Creative Writing, he was also runner-up for the Milton Acorn People’s Poet Award.