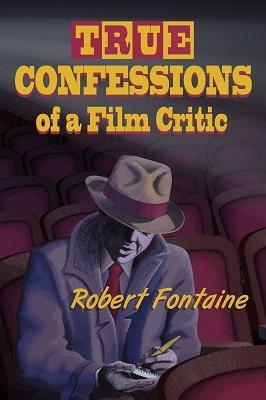 Be sure to come by the store on Saturday, December 7 to meet CBC personality Robert Fontaine! He will be here from 1:00-3:00pm signing copies of his new book True Confessions of a Film Critic.

“Ever wondered what makes a film critic tick? (and occasionally explode?) Prepare for True Confessions of a Film Critic! Since 1993 Robert Fontaine has been the film reviewer for CBC Radio One’s popular drive-home program ALL IN A DAY, and his lively, witty, and often irreverent reviews have become a highlight of the week for many CBC listeners. True Confessions of a Film Critic presents Robert’s unique take on some of the very best — and the very worst films he has seen over the last few years, accompanying the reader on a journey through the myriad worlds of popular film, from documentary to science fiction, from horror to comedy, from the thriller to the Western; and even to the outer reaches of postmodernism and BEYOND.”

We hope to see you on Saturday!