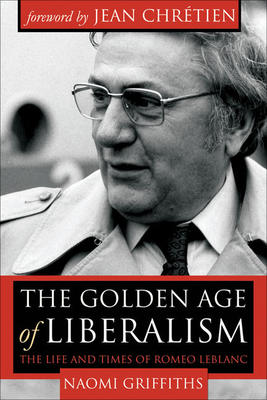 Naomi Griffiths is an excellent person to write the story of our 25th Governor General, Romeo LeBlanc. She met him first in l954, at the very beginning of both their academic careers, and remained a friend until the end of his life when she last saw him in New Brunswick, in 2004. More importantly, Griffiths herself is the acknowledged authority on Acadian history, the part of the world that Romeo LeBlanc hails from.

She titles her book from the period LeBlanc was most active in the world of politics in Ottawa. Most particularly he was known and admired as the long-standing fisheries minister in Trudeau’s cabinet (l974-l982). But LeBlanc was the 7th child of an old-established farming family living in the valley of the Memramcook River, one of the centres of Acadian culture. When he had finished school, his sisters and friends collected the fees to send him to the University St. Joseph, which played a major role in his life, making it possible for him to go to Paris and study at the Sorbonne, which is where he met Naomi Griffiths who had come over from England.

LeBlanc returned to New Brunswick to teach and eventually worked as a journalist, with postings to Washington and London. He eventually entered politics in Ottawa. Griffiths was teaching history at Carleton and they maintained their friendship. As Dean of Arts she invited him to address the Canadian Institute of Canadian Studies.

LeBlanc never forgot his roots, returning constantly to his home in New Brunswick. Griffiths shows how his loyalty to the Acadians influenced his treatment of other people. He was down-to-earth but saw the humour in any situation, hard-working but open to every point of view. These qualities were recognized by Jean Chretien (who writes a fine introduction to this book) and led to his choice as Canada’s first French-Canadian Governor General in l995). This book is an outstanding portrait from every point of view.