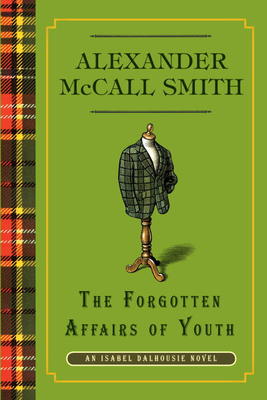 If you are already a fan of Alexander McCall Smith, this is another charmer in his Isabel Dalhousie series. If it’s your first time, it’s hard to believe you won’t enjoy this gentle yarn, set in Edinburgh where this beloved author lives.

McCall Smith was first recognized by his best-selling No. l Ladies’ Detective Agency which was set in Africa where he lived at one time. Since then he has pursued his career as professor of medical law at the University of Edinburgh and written short novels on the side. Part of their appeal is his obvious love of the city and his walks and jaunts through every part of the old town’s upper and lower towns, castles, pubs, meadowlands.

The stories about Isabel Dalhousie feature an attractive Edinburgh woman who considers herself a philosopher — by both training and practice. She publishes and edits a journal called “The Review of Applied Ethics”. She is also living with her partner, a musician, and looking after their 2 year old boy while planning to marry, which she does in this book.

McCall Smith winds a number of complications into their lives. Isabel is sought out for help by an adopted woman seeking her real father. The discoveries are provocative and the story grabs your attention. The Los Angeles Times calls the book “a genteel, wisdom-filled entertainment”. It is also light-handed, and funny.