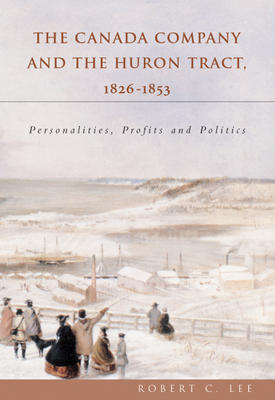 This is a scholarly look at a fascinating period in Canadian History – the beginning of the Canada Company and the settling of the Huron Tract in Ontario.

This company had its base in England and was responsible for settling over two million acres of land in what was called Upper Canada. It turned up a lot of colourful characters with different visions as to how this should be done. Among them were John Galt, the Scottish author of novels like Annals of the Parish, beloved by generations of Scots – who sometimes paid more attention to the needs of the settlers, such as buying seed for their crops, than to the books of the Company he was charged with starting. Also Tiger Dunlop, a medical doctor who became Warden of the Forests. Very concerned with Britain’s position was the lieutenant governor, Sir Peregrine Maitland; also very involved were the Bishops Macdonell and John Strachan.

This is a picturesque part of Ontario and there are excellent descriptions (and good photographs) of the founding of the cities Goderich and Guelph. This period has been described in a number of previous books and pamphlets, but Robert C. Lee writes a particularly vivid account because his family came from England to Goderich as early as l834 and later descendants served as mayor of that city and ran businesses there. Bob Lee studied history at Bishop’s University and later wrote his masters degree at the University of Guelph on the Canada Company. Lee later joined the Canadian Foreign Service, posted to the U.S., Yugoslavia, Japan, Korea and Indonesia. He now lives in Ottawa.