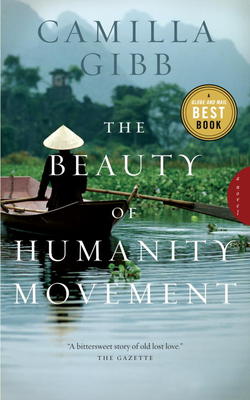 It is a pleasure to read a book that is gentle and yet fearless in facing the big issues.

Camilla Gibb writes this way in her new novel, “The Beauty of Humanity Movement.” The result is a very successful story set in the new Vietnam – that links personalities from both past and present. Most of us think of the American War in connection with Vietnam. But this country has suffered from a long French oppression as well as a thousand years of Chinese domination. Today it is emerging as a “new Vietnam,” building its own institutions while clinging to part of the past.

Gibb introduces three special personalities to show us this picture. Most endearing is Old Man Hung, who makes the best pho (beef noodle soup) in Hanoi. He is so well-loved that although the police won’t allow him to set up a restaraunt, he wanders with his cart from spot to spot and his clientele follow him bringing their bowls with them. A young, modern Vietnamese is the tour guide, employed at the best hotel to look after tourists, many of them American. There is also the attractive Vietnamese-American woman, now living in the U.S., who turns up with questions about her father’s disappearance during the war. He had been an artist in the Beauty of Humanity Movement that met at Old Man Hung’s restaurant but disappeared when such artists were taken to camps for re-education.

Gibb was born in England and has a PhD in social anthropology from Oxford University. She moved to Toronto where she now lives. Her earlier novel, “Sweetness in the Belly” became a national bestseller, winning prizes. Later novels have been translated into fourteen languages. This one should follow suit.