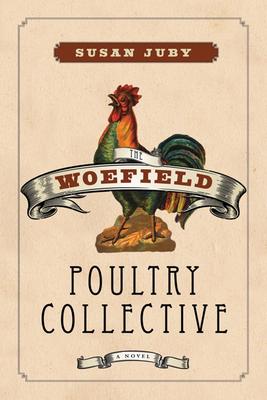 Susan Juby has concocted some far-out misfits for her new novel. But they are funny and they do grab your attention and finally your affection.

The story circles around a 20-year old American girl, living in New York and tired of her publishing job and longing to somehow “get back to the land”. Out of the blue she gets her dream when an uncle in Canada leaves her an inheritance of 30 acres of farmland on Vancouver Island. On checking out her new land, Prudence finds an assortment of neighbours that seem to come with the deal. There is a retired foreman, living in a cabin, doing odd jobs and playing the guitar. An alcoholic drop-out highschooler, hiding from a mild scandal with his drama teacher, comes from the house across the road and asks for work. Finally, an eleven year old girl, with a collection of prize-winning chickens, begs to join in and get away from her parents.

Prudence finds the so-called farm is growing almost nothing, and the bank is threatening to close it down. The book tells of the extraordinary measures all these people take to help keep it going. The last proves quite thrilling when the guitar-player turns out to have a world-famous brother in the music business and the ensuing concert brings in the entire neighbourhood and – we are quite sure – saves the farm.

Susan Juby lives with her husband on Vancouver Island and gets a good feeling about the beautiful and often gently eccentric place. She has written a number of novels, including the best-selling Alice series.