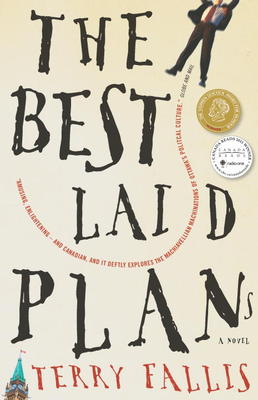 Nothing like a good story – especially one set in Ottawa, where you can recognize the people and the places if you live here too.

Terry Fallis creates some memorable characters in “The Best Laid Plans”: the crusty Scots engineering professor who never planned to get into politics; the ragtail set of students who helped get him in, and what happened when he got there.

The book is a satire on Canadian politics, especially the current Ottawa version which is sometimes funny enough all by itself. Terry Fallis runs a public relations agency in Toronto, but writes with an intimate knowledge of a small eastern suburb of Ottawa, as well as downtown and up on Parliament Hill. The satire covers all aspects of life in the hallowed halls of Parliament including some unexpected after-hours drama.

The publication of the book is a story in itself. Fallis got tired of trying to find a publisher, and so recorded a reading of his novel and brought it out chapter by chapter as a podcast. He then published the book on his own. After that it won the Stephen Leacock Award for Humour. It is indeed very clever, very well written and very funny. “Brisk and humorous”, says the Ottawa Citizen.