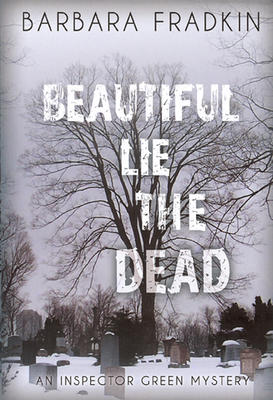 Barbara Fradkin is a Montrealer who has lived in Ottawa for the past several years and knows both cities well. It gives her Inspector Green series a special flavour. You really feel you are hopping off a bus in Westboro, or driving up Cote des Neiges to a corner of the cemetery on Mt. Royal.

“Beautiful lie the Dead” covers both cities. The plot is intricate but convincing. The families include a leading McGill law professor known as much for his extra-marital affairs as his brilliant lectures. In Ottawa ,a prominent surgeon is two weeks away from his upcoming marriage when an old scandal out of Montreal completely disrupts his plans.

The unflustered Ottawa Police Inspector MIchael Green is well-known to readers of Fradkin’s seven novels before this one. Here, his calm judgment is put to the test by the constant trips and calls back and forth between Ottawa and Montreal. It makes for a highly readable book and keeps Fradkin on the list of active members of Canada’s crime-writing community.

She lives in Ottawa and works as a child psychologist, a profession offering plenty of scope for her writing. Her mysteries have been called “insightful writing that stirs up questions and emotional responses – and the satisfaction felt from a good book”. (The Hamilton Spectator).