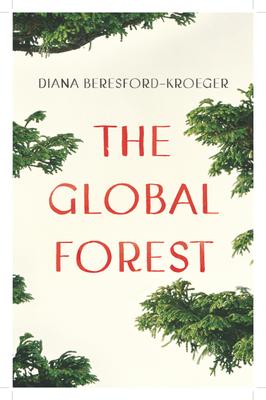 Diana Beresford-Kroeger is in love with trees. Her new book describes them from every conceivable angle -all the way from holy and mystical to downright scientific and botanical.

Beresford-Kroeger is a botanist and medical biochemist herself, and lives on a farm in Ontario with her husband Christian Kroeger, who did the photos for the book’s jacket. Part of the author’s background is Irish and much of her story-telling resembles the Irish myths from the old country. At a time when we are regaled every day with the perils of climate change, and the danger in cutting down the forests and wasting valuable resources, Beresford-Kroeger writes specifically about the magic in trees (the elderberry and hawthorn were never touched in China and Japan as well as Russia because of extraordinary medical properties). The trees that were once called anti-famine feeders of the globe had fruits and nuts holding first-class protein filled with essential amino acids. They could again be saved with sufficient finances and will to protect them. She writes about the intrasound found in a forest. She describes the “greenhouse effect” which is being damaged by the burning up of carbon reserves.

Finally, she describes the aboriginals of North America whose prophets were called “Fire-keepers”. They kept the legends, and also looked out for care of all trees, lands and forests. This writer puts her faith in the children of today and believes an old legend which holds that the children will save their parents through a dream and hold hands across the planet in their minds.

It’s a wise and eloquent book and the essays pay a beautiful tribute to the forests of the earth.