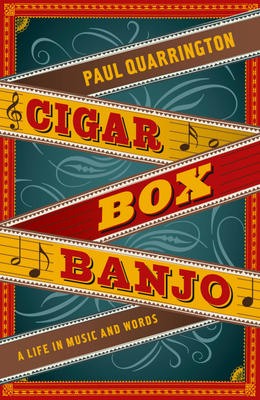 Paul Quarrington sang his way off his earth, and he writes about it in this remarkable book.

“Cigar Box Banjo” will mean a lot to people in Ottawa who watch his brother Joel play the double bass in the National Arts Centre orchestra. They are a musical family from Toronto and Joel is part of this story along with a third brother.

It is a marvelous tale of popular music in Canada – rock’n’roll, the blues, folk, country and soul over the last 56 years, which is when Paul died, in January of this year. He actually had a career in both writing and playing music. The writing earned him the Governor General’s award for his novel “Whale Music”, as well as the Stephen Leacock Medal for “King Leary”.

This book zeros in on his musical side and the wild life of writing and playing music in and around Toronto where he grew up. There are vivid, funny stories of the bands he played in, including the cult band Joe Hall, and the Continental Drift. He finally became the rhythm guitarist and singer with the band Porkbelly Futures. When diagnosed with lung cancer he decided to keep on playing. This book is full of songs he wrote and shows he gave from Newfoundland to Nashville. It’s a terrific story.