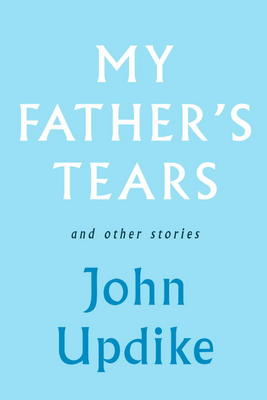 John Updike is saying goodbye in this, his most recent collection of short stories. The famous author died in January, 2009, so this is in fact his valedictory book.

It does have a flavour of looking back: to beloved homes in his native Pennsylvania, and later New England suburbia, to exotic locales in trips to Morocco, Florida, Spain, Italy and India. He remembers high-school reunions, the mysteries of growing up and falling in love, and an old man’s bedtime routine and the happiness it brings him.

A critic on “The Guardian Weekly” calls Updike the greatest virtuoso stylist since Nabokov. He criticizes this book for leaving in sections where Updike repeats himself, but concludes that his American cast of characters is as witty as they have always been. More importantly, Updike’s creations live and authorial love is what sustains them. That love shows no signs of weakening in this book.

John Updike was born in Shillington, Pennsylvania,in l932. He is the author of more than sixty books and has won the Pulitzer Prize, the National Book Award, among many other honors. “My Father’s Tears” is a moving tribute to this fine writer.