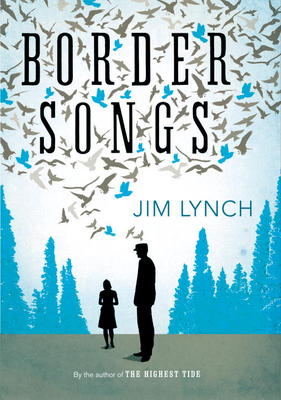 “Border Songs” not only comes out at a timely moment in Canada-U.S.border talks, it is also a powerful novel about the people living on both sides of this border on the Pacific coast.

Jim Lynch is the author of “The Highest Tide”, a wonderful story about the sea and a group of people living beside it. He has got the same touch in this new book. His hero, Brandon Vanderkool, is a tall (6′ 8″) American,rugged, but also dyslexic – with a special feeling for the earth and sea and all birds living within earshot. He leaves his father’s dairy farm for a job with Border Patrol. To everyone’s amazement he catches one smuggler after another. This is at a time when the U.S. has tightened security, and the Americans and Canadians who once laughed and waved at each other across “the ditch” (as they called the invisible border ) now become suspicious of every move. People who used to garden, now grow cannabis.
Everyone smuggles.

Brandon’s story is of the best of human nature winning out against our inhuman technocratic world. Lynch both laughs at, and deplores this world. His book is full of real characters, quite rough at times, who win through to a convincing ending. Well worth reading.