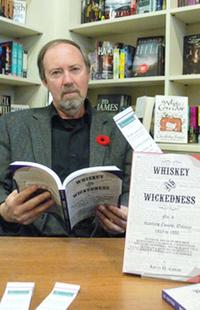 Larry Cotton will be in the store Saturday November 14th, from 11am to 1pm to chat about his book and sign copies.

About the book, from a recent article: “Alcohol has never been something too far from the lips and hearts of residents, whether they live in Renfrew County or any other part of Canada. Prohibition and post-prohibition helped stamp the character of many Canadians and Canadian institutions.
Cotton, who lives in the village of Lanark, figures he has tapped into a side of history that fascinates even those who rarely open a book. The fourth in an Ottawa Valley series, entitled Whiskey and Wickedness, is subtitled Renfrew County, Ontario, 1825 to 1900.”

Join author Robin Harlick as she discusses her new book and signs copies at the store on Saturday, November 7th at 12pm.

About the book: “Many years ago, Meg Harrisâ€™s fatherâ€™s plane went missing in the Arctic. He was never seen again. Thirty-six years later, her mother receives strange Inuit drawings that suggest he might have survived. Intent on discovering the truth, no matter how painful, Meg travels to Iqaluit and soon finds herself sucked into the world of Inuit art forgery and murder.

Arctic Blue Death, the fourth in the series, is not only a journey into Megâ€™s past and events that helped shape the person she is today, but itâ€™s also a journey into the land of the Inuit and the culture that has sustained them for thousands of years.”

Authors Lori Mockson and Shirley Chewick will be in the store Saturday November 7th at 9:30am for a special storytime reading from their new book. Bring your little ones and enjoy this wonderful story.

Sebastian is excited about his new sock bank. With all the money he gets from his aunts and uncles, plus his own savings, he has enough to buy anything he wants. The problem is he just can’t decide how to spend his money. Come along with Sebastian as he tries to decide what to do with his sock bank savings. You will never guess what he decides to do.

Chris St. Clair will be talking about his new book and signing copies on Wednesday November 4th, from 5pm to 6pm.
About the book: “This complete guide to Canada’s weather clearly explains why we get the weather we do, how it works and how it helps to make us what we are.” 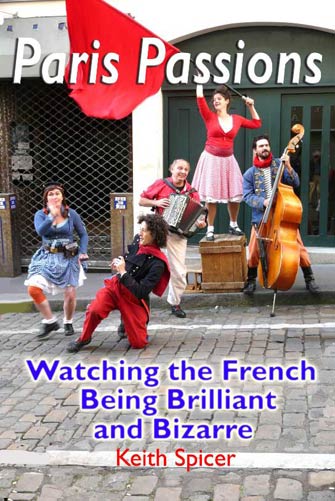 Keith Spicer will be signing copies of his latest book, “Paris Passions : Watching the French Being Brilliant and Bizarre” at Books on Beechwood, from noon to 2PM on Saturday the 26th of September.

About the Book, from Keith’s site: “An exuberant, entertaining book for all lovers of France â€” especially women who cling to romantic illusions, and men who wish they could inspire them. In seventy-two vividly-observed vignettes, profiles and mini-essays, PARIS PASSIONS analyzes Franceâ€™s public and private lives with sharp eye, sharp tongue and sharp sense of humor. Along the way it conveys an intimate feel for everyday life, with its struggles and strains both financial and multicultural. Itâ€™s a quick immersion in French politics, history, culture, economics â€” and the psychology of a people grappling with old demons and new hopes.” 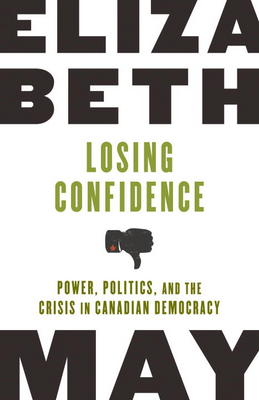 Tuesday evening on the 2nd of June Elizabeth May will be at Books on Beechwood from 6 to 8pm, to sign her latest book; “Losing Confidence: Power, Politics, and the Crisis in Canadian Democracy”.

A ringing manifesto for change from Canadaâ€™s Green Party leader and Activist.

We Canadians are waking up from our long political slumber to realize that there will not be change unless we insist upon it. We have a presidential-style prime minister without the checks and balances of either the US or the Canadian systems. Attack ads run constantly, backbenchers and cabinet ministers alike are muzzled, committees are deadlocked, and civility has disappeared from the House of Commons. In Losing Confidence, Elizabeth May outlines these and other problems of our political system, and offers inspiring solutions to the dilemmas we face.

â€œWe no longer behead people in Canada, but Stephen Harperâ€™s coup dâ€™Ã©tat cannot be allowed to stand, not least because of the precedent. Any future government can now slip the leash of democracy in the same way. This is how constitutions fail.â€ – Ronald Wright 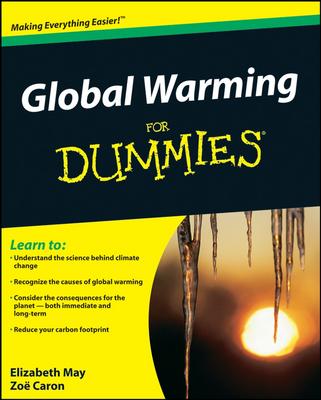 Elizabeth will also be signing copies of her recent book, “Global Warming for Dummies”.

A hotly debated topic in the political arena and splashed across the media almost 24/7, global warming has become the issue of the moment. Whatever one’s views on its cause, there is no denying that the earth’s climate is changing, and people everywhere are worried. Global Warming For Dummies sorts out fact from fiction, explaining the science behind climate change and examining the possible long-term effects of a warmer planet. This no-nonsense yet friendly guide helps you explore solutions to this challenging problem, from what governments and industry can do to what you can do at home and how to get involved.

Elizabeth May is an environmentalist, writer, activist and lawyer. She is the author of seven books and the recipient of numerous awards, including the Order of Canada medal. Since her 2006 election as leader of the Green Party of Canada, she has led the party to an unprecedented level of support among Canadians. May and her daughter, Victoria Cate, divide their time between Ottawa and New Glasgow, Nova Scotia. 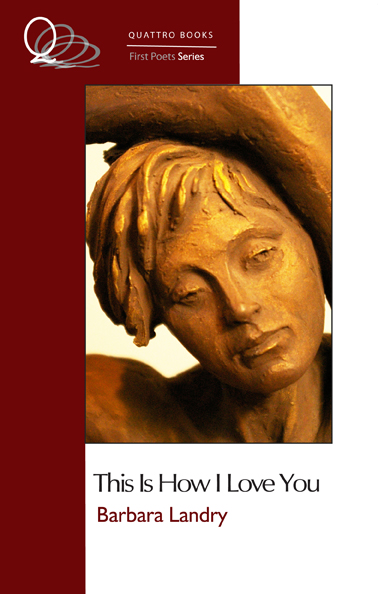 Barbara Landry will be launching her new book of poetry, “This Is How I Love You” on Saturday April 18th at 11am.

The poems in This is How I Love You are about the deep familial and spiritual bonds that exist at a visceral level. The inner dialogue surrounding these bonds is the raw material Landry draws from. She writes about losing a beloved sister, a God who whispers in her ear, a solitary afternoon in a Cuban cafÃ©. Landry doesnâ€™t shy away from the big questions and tackles them with courage and humour. With a language that is easily accessible, one containing a distinct musicality and rhythm, these poems leave an imprint on both the ear and the heart.

You can also order Barbara Landry’s books through our online store. 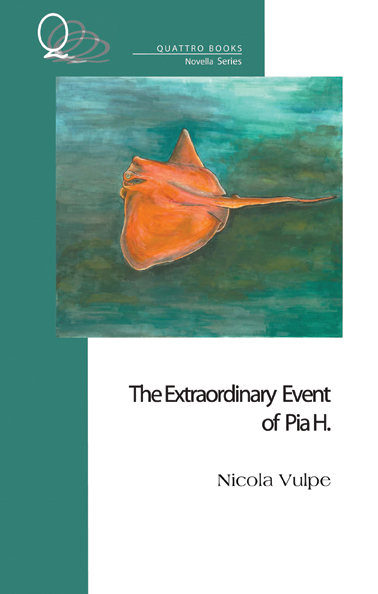 Nicola Vulpe will be signing copies of his new title, “The Extraordinary Event of Pia H.”, at Books on Beechwood. The event takes place on April 18th at 11am.

Quill and Quire have published a review of Nicola’s book on their site. Here’s an excerpt:

The Extraordinary Event of Pia H. is superficially a tale of a wife gone missing from a Spanish plaza â€“ miraculously vanished into thin air, if two elderly doÃ±as are to be believed â€“ and a frantic husbandâ€™s search for her. However, within the storyâ€™s dense, dreamlike folds of shifting identities, questionable realities, and a cryptic parallel narrative, deeper and darker possibilities exist.

“Nicola Vulpe is one of Canada’s most intriguing and imaginative authors. The Extraordinary Event of Pia H. is a story of dark miracles, but the real miracle is the writing: dense, playful — and utterly engaging.”
–Mark Frutkin, author of Fabrizioâ€™s Return

Nicola Vulpe’s books are available to order through our online store.

Gordon Pimm will be launching, and signing copies of his book “Leo’s War: from Gaspe to Vimy”, an account of a Canadian soldier’s experience in World War I told through letters to his family.

“Leo’s War provides a unique insight into a Canadian soldier’s life in the trenches during the First World War.

A. Blake Seward, creator of the “The Lest We Forget Project”.

Kim Krenz will be reading, and signing copies, of Kate’s memoir; “To Italy with Love”.

This memoir was written by the late Kate Krenz, who was posted to Italy with her scientist husband, Kim, in the mid-sixties. It is a vivid portrayal of northern Italy, its people, and describes intimately the changes brought about by the Italian experience in a woman who was a product of twentieth century Canada. Kate was a woman of exceptional grace and charm, whose acceptance by the Italians allowed her insights into the Italian character that give these memoirs special value as a statement of Italian culture. This edition, entitled â€œTo Italy, With Love,â€ has been produced by Kim Krenz, partly as a memorial to Kate, using her own words, but also as a graceful and sympathetic study of a country and its people, a study recording the love that developed on both sides.

To Italy with Love by Kate Krenz is not only beautifully written, it is beautifully produced as well. At 279 pages, this weighty volume boasts a 16 page, full-colour pictorial insert, including maps of Italy, French flaps, and luxurious paper quality. It would make a stunning addition to anyone’s bookshelf.