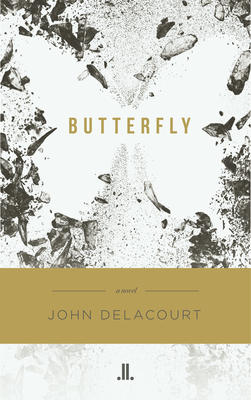 Local writer and political commentator, John Delacourt will be in the store on Sunday, September 15 from 1:00pm to 4:00pm to sign copies of his new novel, Butterfly.

This fast-paced thriller ticks all the right fiction boxes and is sure to capture your imagination from page one!

About the book:
“Lucien and Nataša might have slipped toward love, if her past in Sarajevo hadn’t caught up with her. Nataša finds work modeling for a painter in Toronto, but he is murdered. Nataša disappears that night, running for her life. Her vanishing is connected to the discovery of a video, secretly filmed in a small town in Bosnia and Herzegovina during the war. ‘Butterfly’ is a novel that charts a controlled descent through the dark legacy of war and the underbelly of the global art scene…into a world ruled by a desperate hope for impossible redemption.”