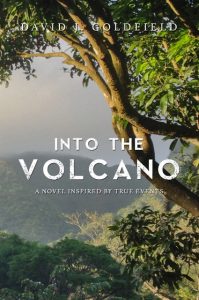 Join local author David Goldfield for the launch of his novel Into the Volcano at the Rideau Sports Centre (1 Donald Street) on Friday, April 27 from 6:00-9:00pm.

“Set in Latin America, Into the Volcano is a novel inspired by true events that occurred over the last ten years. The story follows the chilling exploits of a husband and wife who commit a series of murders, targeting expats and their properties in several countries across Central America. At the same time, a populist president uses his own ruthless tactics to deepen his own pockets and consolidate power. The story is a grim reminder that greed and corruption exists at all levels in society…”

We’ll be there selling books, so be sure to stop by the book-selling table to say hi…and to buy a book!