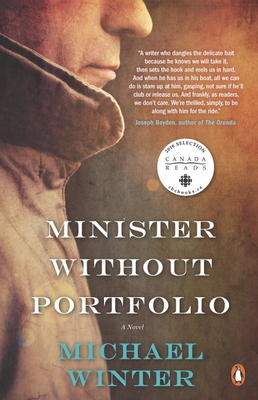 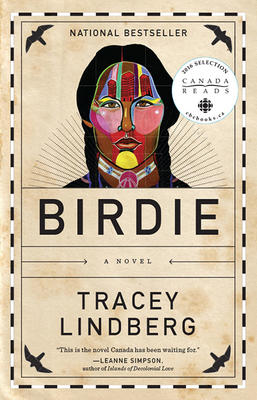 Attendees only need to attend one session per month and can select whichever date is most convenient for them. New members are always welcome.

For more information or to join the Book Club, give us a call at 613-742-5030 or send us an e-mail at staff@booksonbeechwood.ca 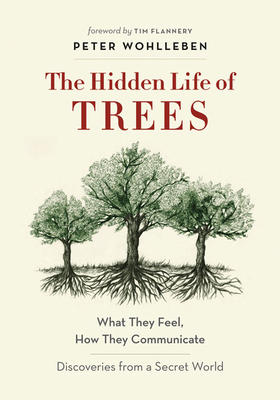 When Peter Wohlleben began his life as a forester, he knew only what the modern forestry industry needs, i.e. to produce lumber it fells trees and plants new seedlings.

As his career  progressed, he got closer to the life of the trees themselves, discovering that they produce electrical impulses that pass through their roots and in this way communicate with their neighbours. This includes their child-saplings and the fact they can feed them sugar and other nutrients.

Wohlleben has spent some time  at a forest he manages in the Eifel mountains in Germany. In recent years Aachen University began conducting scientific research when it was realized that forests develop differently and more effectively when left to their own devices than when used merely for commercial gain. They need to communicate with each other, one of the most important ways to stay connected is a “wood wide web” of soil fungi that connects vegetation in an intimate network.

Peter Wohlleben spent over twenty years working for the forestry commission in Germany. He now runs an environmentally friendly woodland, working for the return of primeval forests. He has written a number of books about trees. This is an astonishing one and takes the reader into a brand new world.

It’s almost the end of January and that means it’s time for all of us here at the bookstore to take stock…literally.

So, we will be CLOSED on Sunday, January 22 for our annual inventory count. All our staff get together and spend the day counting every single item we have in stock – the bookstore version of a fresh start for the new year.

Our regular store hours will resume on Monday, January 23 at 9:30am.

Have a great weekend!

It’s January and that means we’re having our annual inventory sale! From Thursday, January 12 to Saturday, January 21, all books will be 25% off, all gifts and toys will be 30% off, and all 2017 calendars will be 35% off!

This sale applies to in-stock items only. The only products not included in the sale are the fundraising cards we sell for Causeway, IODE, and NECTAR, and our small selection of music CDs.

Be sure to take a break from your weather-inspired January hibernation to venture out and capitalize on these great deals! 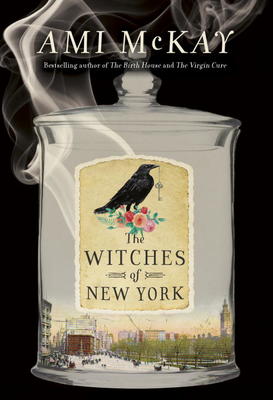 This book is set 200 years after the witch trials in Salem, Mass. Now 1880, this is the story of three modern “witches” as they ply their trade in New York city.

One of them had worked in a circus sideshow, the other was a medical student and “keeper of spells.” They cater to rich women of Manhattan, and specialize in cures, palmistry and potions. They are joined one day by a young woman who came seeking a job. It turns out she sees and hears things no one else can. One day she disappears and the desperate search turns up accusations from the past for all concerned.

It is a startling look at a world not much discussed. Ami McKay is an American, born and raised in Indiana. She now lives in Nova Scotia and has written two best sellers, The Birth House  and The Virgin Cure. 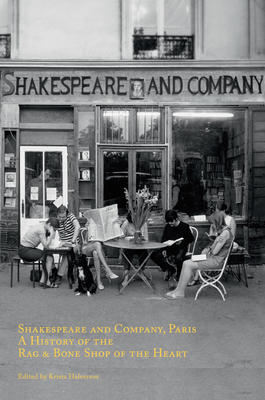 This is a big, heavily-illustrated book about one of the most famous bookstores in the world. Situated in Paris, it was opened in 1919 by Sylvia Beach of Princeton, New Jersey, U.S.A. with the purpose of selling English books in France. It gathered all kinds of famous writers who made it their headquarters, i.e. Ernest Hemingway, Gertrude Stein, James Joyce, Scott Fitzgerald. It was forced to close in 1941 when the war made it too difficult to run.

By 1946, another American, George Whitman of Salem, Mass., had graduated from college and was travelling the world, visiting France in 1946. Intrigued by the success of Shakespeare and Company, in 1951 he took his inheritance money and opened another bookstore with the idea of making a meeting-place for all kinds of writers and book-lovers. He made his home there and gradually added more rooms which made it possible for visitors to sleep over, have the occasional meal. He also encouraged students to give two or three hours work to running the store in exchange for books. There are all kinds of visitors in this book: Allen Ginsberg (the Beat poet), Henry Miller, Nureyev, Jackie Kennedy.

Whitman died in 2011 in his nineties. His daughter, Sylvia and her family have taken over the store. It is a fascinating story.