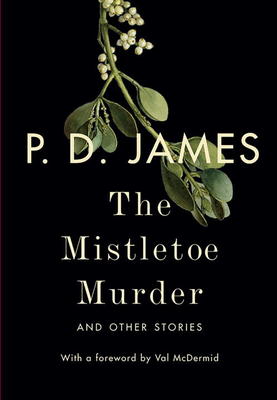 P.D. James was the Queen of Crime before her death in 2014 at the age of ninety-four. She had written some 20 novels, many involving her detective hero, Adam Dalgliesh, as well as a few non-fiction, and won prizes across the world.

During this time, she was often commissioned by newspapers and magazines to write a special story for Christmas. Four of the best of these are collected here in a small book called The Mistletoe Murder and Other Stories. In a foreword to this book, Val McDermid tells of James’ fascination with the Golden Age that followed the end of the First World War and involved the famous British women crime writers: Dorothy Sayers, Agatha Christie, Margery Allingham and Ngaio Marsh.

In this new book there are traces in James’ work of these early Queens of Crime. The settings are always carefully constructed, and James understands the importance of respectability, as well as wickedness. The collection makes for a very neat small book, suitable for Christmas.