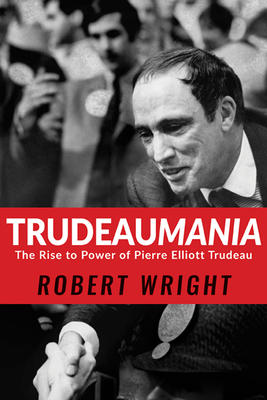 With a second Trudeau in the Prime Minister’s office, it is a good time to read Trudeaumania by Robert Wright.

Wright is Professor of History at Trent University in Oshawa and winner of prizes for books on Canadian History, including one on the love affair between Pierre and Margaret Trudeau and another on the Iran hostage crisis, which was made into a documentary film. In this new book, he concentrates on Pierre Trudeau’s political life and his rise to fame; from being a provocative writer of the magazine Cite Libre and a charismatic professor himself at the University of Montreal, to achieving political success in Ottawa, where he spearheaded reform of Canadian laws respecting divorce, abortion and homosexuality.

Trudeau rode the wave of national excitement that swept Canada after Expo 67. Although he was a Quebecer, he was against Quebec nationalism and advised against confusing the rights of French Canadians with provincial powers. He believed in a national homeland including French Canadians as well as English Canadians and advised that making this work would require political vision and determined effort. This book gives good examples of what he meant.