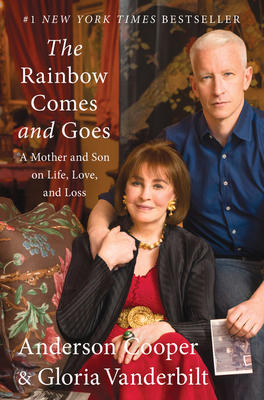 This is the story of a poor little rich girl and her down-to-earth son who get to know other – finally – through this collection of letters.

Gloria Vanderbilt descended from one of the richest families in America – the Vanderbilts. This turned out to give her endless financial security but very little love. Her father, an alcoholic, left when she was fifteen months old and her mother took off for Europe with her twin sister. They lived in Paris where Gloria was looked after by a devoted grandmother and nanny and hardly ever saw her mother who spent her entire time at cocktail parties seeking out knights and earls.

Back in America eventually, Gloria showed talent as an artist and also wrote. She had a number of marriages, the most significant to Anderson Cooper’s father who died young. She and Anderson kept in touch; he went on to journalism, television and writing books. His mother has also written eight books and contributes to the New York Times, Vanity Fair, and Elle.  In this book with her son, they agree to be frank in their memories and what they still hope to achieve. It makes for a charming read.