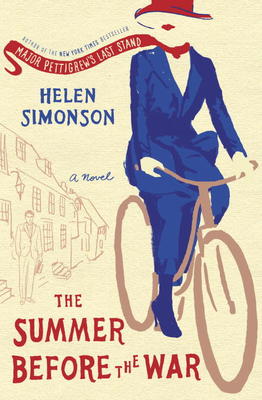 This is the story of the pretty town of Rye on the east coast of England, and the peoples’ lives up to the outbreak of World War I. We meet a happy group, enjoying their titles and servants, whose most serious concern is an attractive young woman who has been hired as the new Latin teacher in the school where no women have held such a post.

Needless to say, this issue gets lost in the shocking changes that come with the Declaration of War. Helen Simonson was born in England and grew up in a small village in East Sussex. Although she moved to the United States three decades ago, she has never forgotten her English roots and is the author of the best-selling novel Major Pettigrew’s Last Stand. This book too, gives an up-close picture of British life. Simonson describes in touching detail what happens to all her characters as they quickly realize what it means to fight for their country.