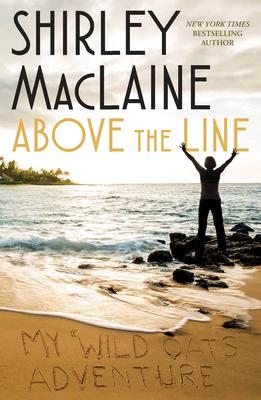 Shirley MacLaine is the legendary Hollywood actress who has played in more than fifty films and won endless awards including the American Film Institute’s Lifetime Achievement Award, the highest honour for a career in film. She has also written ten international bestsellers. Above the Line is her latest evocative memoir and refers to creative people, working in film, who are supposed to be unburdened with unpleasant financial problems.

She wrote the book while working on a film Wild Oats on the far-off Canary Islands off Spain. The whole crew faced uncertain financing every minute of the shoot but carried on regardless, often using their own money. But MacLaine also came up against the mystery of the location, which was the remaining elements of the mighty lost continent of Atlantis.

MacLaine has always believed in meditation and this time it leads her to a new understanding of why Atlantis fell (greed and power replacing spiritual values). She looks at our time and questions our values and where we may be heading. She has a funny, feisty style of writing which she uses to describe the tricky world of film-making. As well as that tale we get a look at an age-old mystery, Atlantis. It makes for a fascinating book.