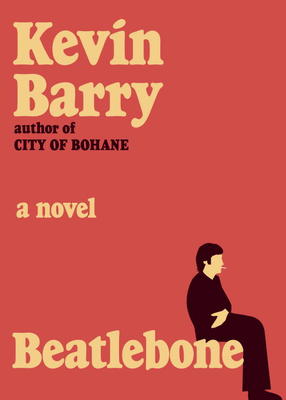 This is a racy novel about the Beatle, John Lennon, and his escape to Ireland to find peace and tranquility.

It is by a currently famous Irish writer, Kevin Barry, whose first book,  City of Bohane, has taken prizes all over Ireland and Europe. He has an original way of writing, blending fantasy and reality. This suits the famous Beatle, who had some Irish blood himself although he grew up in Liverpool. In this story he wanted to get as far away from New York City as possible, and leave behind problems of domesticity and a current writer’s block. Lennon had in fact bought a small island, off the west coast of Ireland, some years earlier. He yearned for what he hoped would be peace and quiet.

His trip turned out to be anything but peace and quiet. Barry’s high-flying style of writing turns the story into something like a magical mystery tour of its own – what one reviewer calls “a high wire act of courage, nerve, and great beauty.” It also gives a rare picture of ancient Irish mythology.