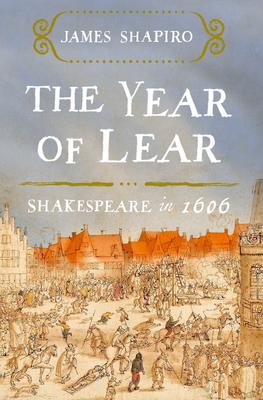 James Shapiro, Professor of English at Columbia University, is one of the world’s leading scholars on Shakespeare with numerous books and prizes to his credit.  In The Year of Lear, he takes a look at a particular year (1606) when Shakespeare produced three plays at a time of great turmoil in England.

For one thing, a great plague attacked the country, with countless people losing their lives. King James of Scotland had taken over the throne of England, after the death of Queen Elizabeth. The result was great conflict between the Protestants and Catholics. On the Fifth of November a group of disaffected Catholic gentry plotted to blow up Parliament, kill the king and roll back the Protestant Reformation. They did not succeed, but the reverberations went on endlessly.

Shakespeare was a well-known playwright by this time and had written and acted in many of his most famous works. These were done under the reign of Queen Elizabeth, however. In 1606, he turned to the Scottish regime. In both King Lear and Macbeth, the influence of Scotland can be felt. This book tells the intriguing story of how politics affected Shakespeare – though it never stopped his audience from packing his shows.