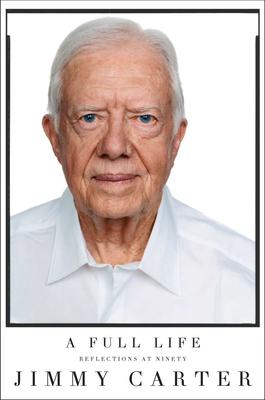 Jimmy Carter, one-time President of the United States, has already written 28 books on his life before, during and after that special time. In this one, as he turns 90, he sums up some of the highlights of what he rightly calls a full life.

He grew up in a small community near Plains, Georgia, where his family were the only white people, but racism was almost unknown. His father was a successful farmer and merchant and Jimmy pitched in and learned to love the life. He joined the Navy, however, and nearly lost his life twice serving on submarines. He returned to civilian life, picking up his father’s work, selling peanuts, and getting into local and state politics, eventually becoming Governor  and then deciding to run for President.

The section on the White House is full of amusing anecdotes and also contains the odd poem which he enjoyed writing. The book also contains watercolours by Carter. He writes, “my efforts to woo the news media were not successful.” He did not win re-election, but returned to Plains. Here he and his wife founded The Carter Center, a nonprofit organization dedicated to improving the lives of people around the world. He was awarded the Nobel Peace Prize in 2002.