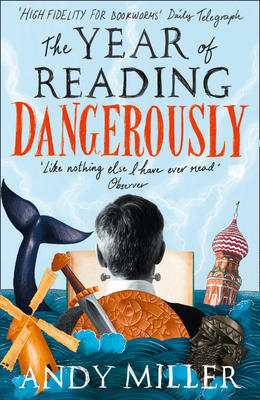 This is a book by a man who is an author himself, has worked in a bookstore selling books and now edits them and writes reviews.

Andy Miller is 37  years old and lives outside London with his wife and young son. You get the impression that books fill his life almost entirely. He calls The Year of Reading Dangerously a work of literary criticism but adds it is also a memoir and a confession. He had come to the point in his life where he felt he must tackle a list of the most famous books in the world. He calls this The Hundred Books which influenced me most. But the book he writes is based on The List of Betterment and these are the fifty books he describes here.

He is frank and funny about his own tastes and it makes for an amusing and original book and a new slant on the authors he writes about.