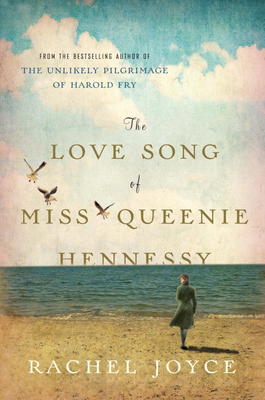 This is a companion novel to Rachel Joyce’s earlier book The Unlikely Pilgrimage of Harold Fry. In that novel Queenie Hennessy had sent a letter to Harold Fry, a former colleague, telling him she was dying and would like to see him. Somewhat to her surprise he replied that he would walk from his home in Kingsbridge, South Devon, to her hospice in the north of England at Berwick-on-Tweed. He stressed that she should wait for him.

This book, The Love Song of Miss Queenie Hennessy, is Queenie waiting for Harold. While she waits, Queenie tells the reader her own story: her bad marriage, the loss of a child, and her job in the same brewery as Harold Fry. Although Harold was married and had a son when she knew him, Queenie still fell in love with him but kept it a secret and eventually left her job at the brewery to make a new life in the north of England. In this book she undertakes to tell Harold the truth before he gets to her bedside. It is a touching and harrowing tale, but just as moving as the story of Harold’s own pilgrimage.

Rachel Joyce has won awards for her books as well as original plays and classic adaptations for BBC Radio 4.  She lives with her family in Gloucestershire, England.