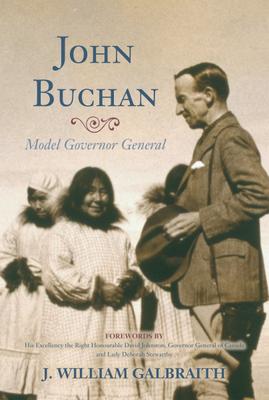 This is a far-reaching biography of one of Canada’s most distinguished Governor Generals, John Buchan/Lord Tweedsmuir.

Buchan was Governor General from l935-40, years of special significance for Canada. The Statute of Westminster, l93l, had given Canada constitutional equality with Britain which meant special sensitivity in political interfering. Also, tension was building from Nazism and Fascism toward the Second World War and it put Canada in a unique position between Britain and the United States.

Buchan was in his sixties when he became Governor General. Born in Scotland, he had gone to Oxford, later represented a Scots constituency in the British Parliament, served in the Intelligence Corps in France in World War l and also in South Africa for the British Government. All this time he had been writing articles, novels, history, thrillers and was well-known for books like “The Thirty Nine Steps” and “Greenmantle”. In Canada he put cultural life at the top of his priorities and in l937 founded the Governor General’s Awards, still our top prize for literary  achievement.

The book tells also of his extensive travels across Canada, as well as the U.S. He believed Canada should keep its diverse, multicultural society while at the same time embracing national unity. He met many First Nations people, travelled to the Far North, liked to climb mountains and go fishing whenever he could! He met often with President Roosevelt but was particularly sensitive to his own position and refrained from any political interfering.

Many people praise Buchan in this book, including our current Governor General,  the Right Honourable David Johnston. It is a touching and impressive story of a great man. The author, J. William Galbraith, has worked for a number of Canadian federal departments and lives in Ottawa with his wife and three children.